Did you know Dubuque and Loras have strong ties to the early history of baseball?

The Loras College Center for Dubuque History (CDH) is hosting a new week-long exhibit celebrating the game of baseball and Dubuque’s unique contributions to our national pastime in conjunction with the 2022 Major League Baseball at Field of Dreams game on August 11.

The CDH is partnering with the Loras College Library and the National Mississippi River Museum & Aquarium, to exhibit baseballs signed by nationally renowned players as well as those with local ties from the John Fox Memorabilia Collection. It will also display sports memorabilia and ephemera from the CDH’s collections, the National Mississippi River Museum and Aquarium, and local historians and collectors. These materials will illustrate connections between Iowa, baseball, and the MLB.

Dubuque’s history with the game starts as far back as 1866 when our local team became one of just four teams west of the Mississippi River. In 1879 the city even supported a professional baseball team, the Dubuque Red Stockings. Dubuque was also a member of the prestigious Illinois–Indiana–Iowa League from 1903-1915 after which it joined the Mississippi Valley League and became a feeder team for the Chicago White Socks.

You can see this history all over town, especially in Faber-Clark Field and Comiskey Park. The park's namesake, Charles Comiskey, was a founding owner in the American League and created the Chicago White Sox, but he got his start here in Dubuque playing in 1879 for the Rabbits. He remained a major supporter of baseball in Dubuque for the rest of his life. 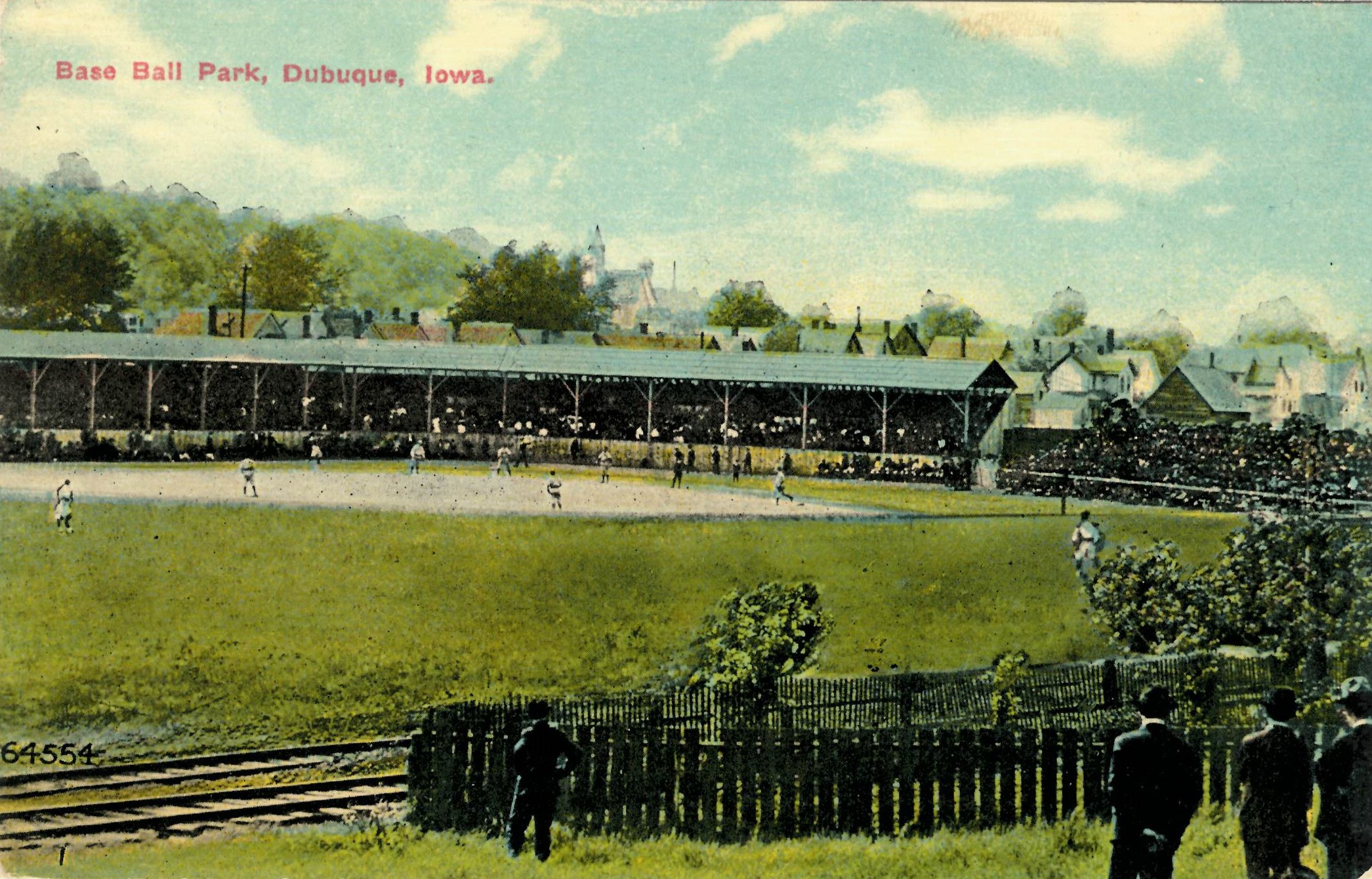 Comiskey was also a key figure in Loras student Urban “Red” Faber’s career. During the 1909 season, Red played for the college team and had a 24-strikeout performance against St. Ambrose; a game that remains a Loras record to this day. In 1914 Comiskey recruited him to the Chicago White Sox where he played for the remainder of his career. Red was elected to the Hall of Fame in 1964 and Faber-Clark Field was renamed in his honor.

In addition to learning more about this history and seeing a baseball signed by Faber, you’ll also see these highlights from the collection:

The exhibit will be open to the public from August 8 through 12 between 9:00 am and 4:00 pm in the Miller Academic Resource Center on the Loras College campus.

On Wednesday, August 11 at noon, local historian Brian Cooper will give a presentation that will uncover the story of Urban Clarence "Red" Faber — the only Dubuque County native in the National Baseball Hall of Fame — and will explore the history of baseball in Dubuque. A journalist, editor, and historian, Cooper is also the author of “Red Faber: A Biography of the Hall of Fame Spitball Pitcher,” which was a finalist for the 2008 Larry Ritter Award, presented by the Society for American Baseball Research.

Did you know Dubuque and Loras have strong ties to the early history of baseball?
Introducing our interns: Caroline Handley, Erika Alfieri, and Nora A. Jimenez
Loras’ Haiku Legacy
Summer Movies
Freedom Days