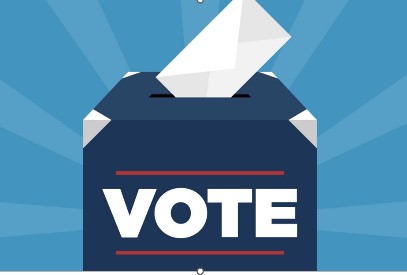 Citizens can participate in their democracy in a number of ways. First, one can stay informed. This involves things like reading or listening to a variety of news sources, researching the views and positions of political candidates and officials, and participating in public discussions and town halls. Citizens can also participate in the process. One can communicate with elected officials, advocate for policies and laws, and even run for office. Finally, the active citizen votes.

Voting is both an important right and responsibility of US citizens. At the founding of the nation, only white, male citizens over the age of 21 were eligible to vote. Later, the Fifteenth Amendment, ratified in 1870 after the Civil War, declared that the right to vote could not be denied on account of race, thus giving African American men the right to vote.  This was not the end of the voting rights struggle for African Americans, however. Because of widespread discrimination in many states, including the use of poll taxes, grandfather clauses, and literacy tests, and other more violent means, African Americans were not assured basic voting rights until President Lyndon Baines Johnson signed the Voting Rights Act in 1965. Likewise, women were denied the right to vote until 1920, when the Nineteenth Amendment was ratified. Today, citizens over the age of 18 cannot be denied the right to vote on the basis of race, religion, sex, disability, or sexual orientation.

While local elections may take place more often, federal elections occur every two years. These elections are overseen by state and local governments and so the specifics on how elections are conducted differ from state to state. The next election takes place on November 8. For information on how elections occur in your home, you can go to the website of your state’s secretary of state. There are also resources such as Rock the Vote or Vote411 to guide you to the appropriate information. Ballotpedia can help you find a sample ballot so you can do your research before you vote. Likewise, Vote Smart is a website that seeks “to provide free, factual, unbiased information on candidates and elected officials to all Americans.”

For more information on democracy and citizenship please visit our book display on the main floor of the library.