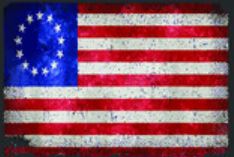 On July 4, 1776, the Continental Congress formally approved the final draft of the Declaration of Independence, endorsing Thomas Jefferson’s word, “We hold these truths to be self-evident, that all men are created equal, that they are endowed by their Creator with certain unalienable Rights, that among these are Life, Liberty and the pursuit of Happiness.” However, only after a long bloody war, would Great Britain recognize American independence on September 3, 1783, with the signing of the Treaty of Paris. 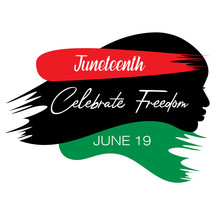 On January 1, 1863, President Lincoln signed the Emancipation Proclamation declaring all people held as slaves in any part of the Confederacy “shall be then, thenceforward, and forever free.” This did not end slavery in areas that remained loyal to the United States, nor were many slaves made aware of this proclamation. It was not until on June 19, 1865, that the last remaining slaves learned of the end of slavery when General Gordon Granger entered Galveston, Texas, with a full complement of African American U.S. soldiers to enforce General Order No. 3. This declared: “The people of Texas are informed that in accordance with a Proclamation from the Executive of the United States, all slaves are free. This involves an absolute equality of rights and rights of property between former masters and slaves, and the connection therefore existing between them becomes that between employer and hired laborer.”

The events these holidays commemorate were both actual and aspirational and they continue to be so today. Real changes have occurred, but the promise of freedom and equality for all that is at the heart of these celebrations is something we continue to strive toward as a nation. The Library has great resources can aid in these efforts. Check out some of our books on antiracism, inclusion, and equity.

Did you know Dubuque and Loras have strong ties to the early history of baseball?
Introducing our interns: Caroline Handley, Erika Alfieri, and Nora A. Jimenez
Loras’ Haiku Legacy
Summer Movies
Freedom Days