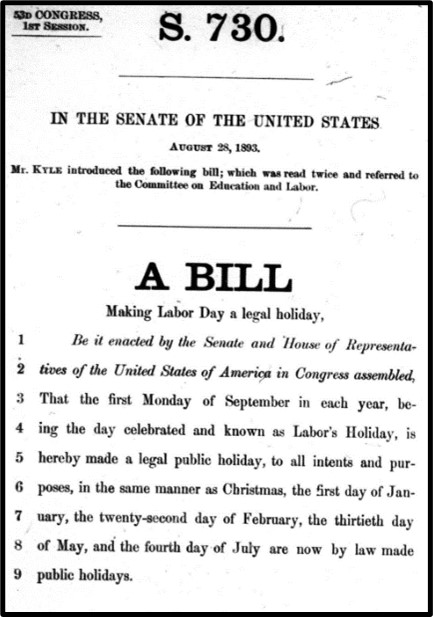 In the late nineteenth century, during the height of the industrial revolution, working conditions in the country’s factories, mines, and mills were dangerous, difficult, and demeaning. Employees work twelve-hour days, six days a week in crowded, unsanitary facilities with few breaks and harsh treatment. This was especially true for the poor, recent immigrants, and children, some of whom were as young as five years old.

In the face of these conditions and with continued growth in manufacturing, labor unions grew more prominent and began organizing strikes and rallies to protest the working conditions and to seek to negotiate better hours and pay. These could turn violent, especially when the authorities sought to end the strikes by force. This was the case in 1894 when the federal government sent troops to Chicago to end the Pullman railroad car strike. Riots erupted and more than a dozen people were killed.

In the wake of such unrest, Congress sought to repair relations with American workers by making Labor Day a federal h 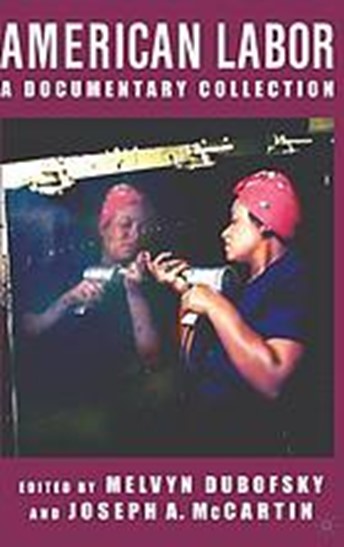 oliday; the legislation was signed into law by Grover Cleveland in June 1894. But this was by no means the first celebration of American labor. September 5, 1882, is thought to be the first Labor Day celebration. Union leaders in New York organized a parade in which thousands of union members participated, though they had to take unpaid leave to do so. The day ended with picnics, speeches, fireworks, and dancing. By the time the federal holiday was established, twenty-three states already had celebrations.

While today the focus of the day has shifted to picnics to commemorate the end of summer, it still is a time to ce 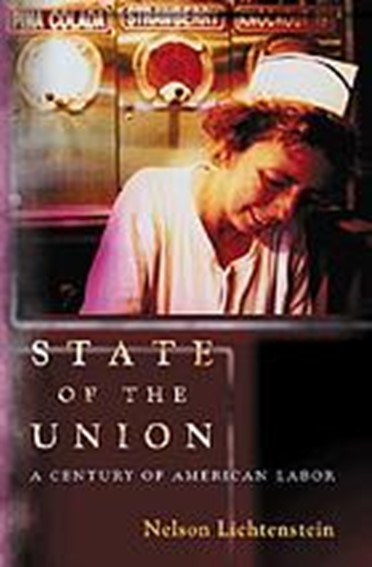 lebrate the achievements and contributions of American’s workers throughout our history, as well as the importance of labor unions in helping create safer and healthier working environments for future generations. If you would like to learn more about the labor movement in the United States, check out our book display on the Library’s fourth floor.