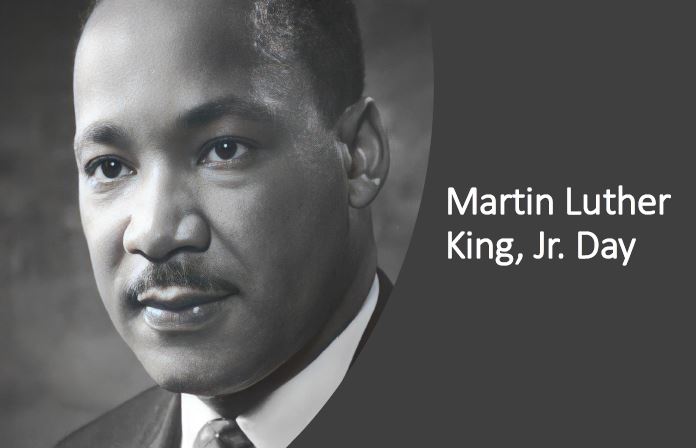 The Birthday of Martin Luther King, Jr. (also known as Martin Luther King Jr. Day or MLK Day) was established as a federal holiday in 1983. The legislation creating the holiday asserted it “should serve as a time for Americans to reflect on the principles of racial equality and nonviolent social change espoused by Martin Luther King, Jr.” In 1994 the King Holiday and Service Act added the focus of participation in service activities, coordinated nationally by AmeriCorps.

With his commitment to nonviolence, inspired by his own Christianity as well as the teachings of Mahatma Gandhi, peacemaking was central to his role as a leader of the American Civil Rights movement. In fact, he was awarded the Nobel Peace Prize "for his non-violent struggle for civil rights for the Afro-American population." King’s peacemaking also is seen in his efforts to end the war in Vietnam. He made his first public statement on the war in 1965, calling for a negotiated settlement. A few months later, at the annual convention of Southern Christian Leadership Conference, King called for an end to the bombing of North Vietnam and the mediation by the United Nations to end the conflict. He asserted, “what is required is a small first step that may establish a new spirit of mutual confidence…a step capable of breaking the cycle of mistrust, violence, and war.”

King’s opposition to the war provoked criticism from the press, political leaders, and even from his fellow civil rights leaders who argued that becoming involved in the antiwar movement would harm the civil rights work at home. He, consequently, did temper his antiwar efforts for a while. At the same time, Coretta Scott King remained active in opposing the war and even spoke at a rally at the Washington Monument. King could not keep silent for long though. For him the war in Vietnam was closely tied to the racial injustice in the United States. The war took resources that could have been spent fighting injustice and poverty at home. In the spring of 1967, King led his first antiwar march where he declared, “The bombs in Vietnam explode at home—they destroy the dream and possibility for a decent America.” Less than two weeks later in April, King delivered his most well-known antiwar speech, “Beyond Vietnam.”

The speech began with a discussion of King’s own commitment to nonviolence. He then reviewed the history of Vietnam’s devastation at the hands of “deadly Western arrogance,” noting, “we are on the side of the wealthy, and the secure, while we create a hell for the poor.” This was followed by a proposed five-point plan for stopping the war, which included a unilateral ceasefire. The speech then turned to the underlying issues of the war. King asserted, “The war in Vietnam is but a symptom of a far deeper malady within the American spirit.” This was the greed of American colonialism, the refusal “to give up the privileges and the pleasures that come from the immense profits of overseas investments.” As a result, King proclai

med, “We as a nation must undergo a radical revolution of values. We must rapidly begin the shift from a ‘thing-oriented’ society to a ‘person oriented’ society.” Radical love and justice needed to replace economic nationalism. While he felt the United States could lead in these efforts, ultimately for King, “Every nation must now develop an overriding loyalty to mankind as a whole in order to preserve the best in their individual societies…This call for a world-wide fellowship that lifts neighborly concern beyond one’s tribe, race, class, and nation is in reality a call for an all-embracing and unconditional love for all men.”

The initial response to the speech was largely negative. Nevertheless, King continued to support the peace movement until he was assassinated exactly one year later. If you would like to learn more about Martin Luther King, Jr. and his role as a peacemaker, check out our book display on the Library’s main floor to see just a sampling of the hundreds of resources available in the Library.