Research and information on censorship and banned literature

This list was taken from the American Library Association's website. To check for updated lists about frequently challenged books, click here. (Books in blue are available in the Loras College Library. Click on the title to see where it can be found in the Library.)

Modern banning of books has evolved into a very different system today than it was in the past. Banning books would happen through large groups of authority, such as the Catholic Church or the German government. While some countries still censor as a whole, most (especially those who have evolved into democracies) ban or challenge on a small scale within individual schools or libraries in their countries.

Challenging is the process we hear about most often today, especially in the United States. While banning infers an across-the-board restriction, challenging is more subtle and more individualized to specific libraries. Challenging a book also has many more steps than banning had in the past. Forms have to be filled out and the school or library board would have to deliberate on whether to keep or remove the book in question. Since challenging happens most with books at one location or another, we included a list of the top ten challenged books of 2015 to represent those who engender the most controversy today.

With this being said, censorship does still happen on a wide scale over different media outlets in certain countries. Check out our censorship page for more information on censorship in the past and today.

Racial Issues: About and/or encouraging racism towards one or more groups of people

Encouragement of "Damaging" Lifestyles: Content of book encourages lifestyle choices that are not the norm or could be considered dangerous or damaging. This could include drug use, co-habilitation without marriage, or homosexuality.

Blasphemous Dialog: The author of the book uses words such as "God" or "Jesus" as profanity. This could also include any use of profanity or swear words within the text that any reader might find offensive.

Sexual Situations or Dialog: Many books with content that include sexual situations or dialog are banned or censored.

Presence of Witchcraft: Books that include magic or witchcraft themes. A common example of these types of books ae J.K. Rowling's Harry Potter Series.

Religious Affiliations (unpopular religions): Books have been banned or censored due to an unpopular religious views or opinions in the content of the book. This is most commonly related to satanic or witchcraft themes found in the book. Although, many books have also been banned or censored for any religious views in general that might not coincide with the public view. 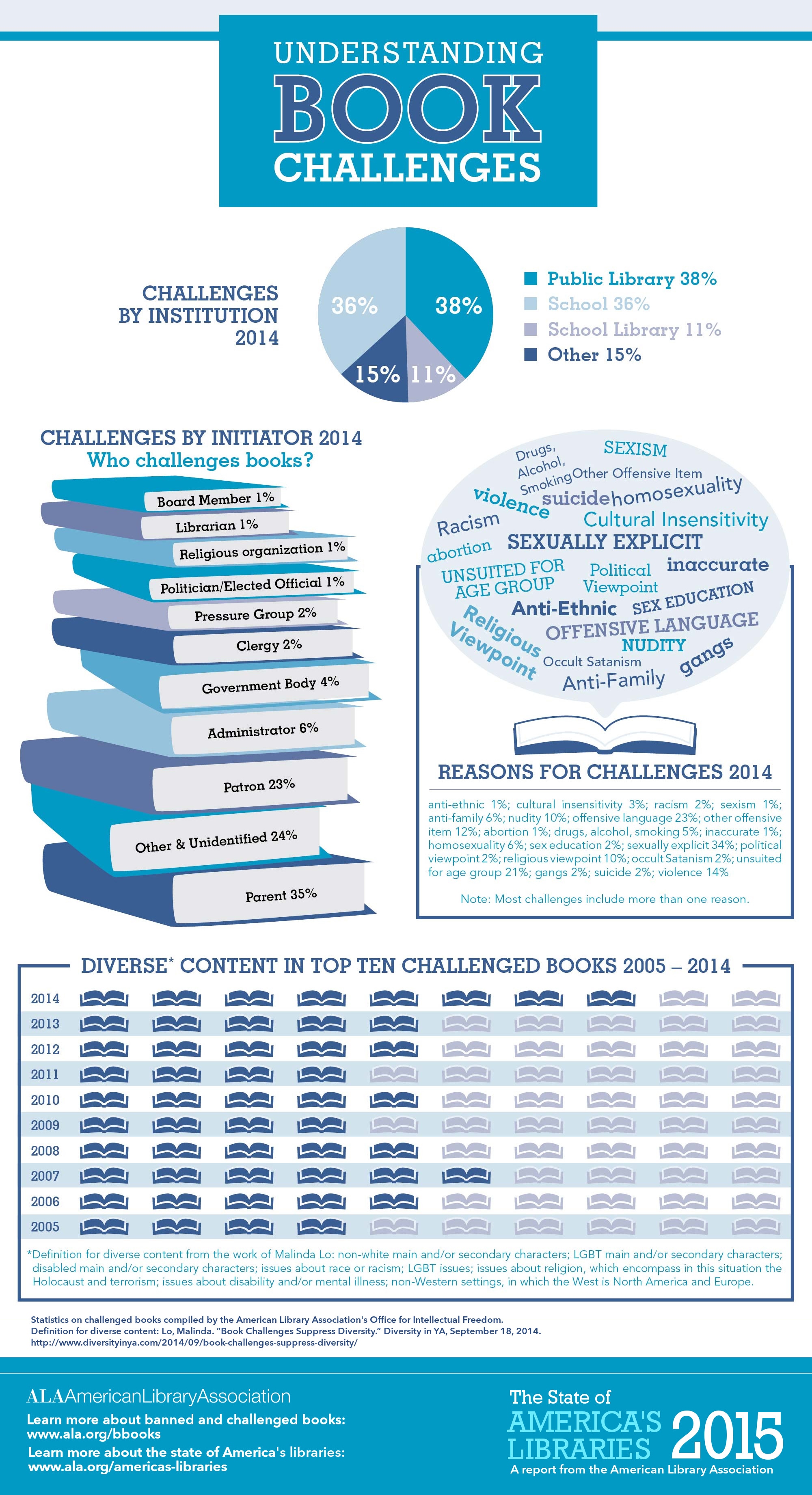 From the State of America's Libraries Report, courtesy of the American Library Association.

This video was taken from Alltime10s' channel on Youtube. It was originally published on September 4th, 2012.