WWI: Authors who Served in the Military 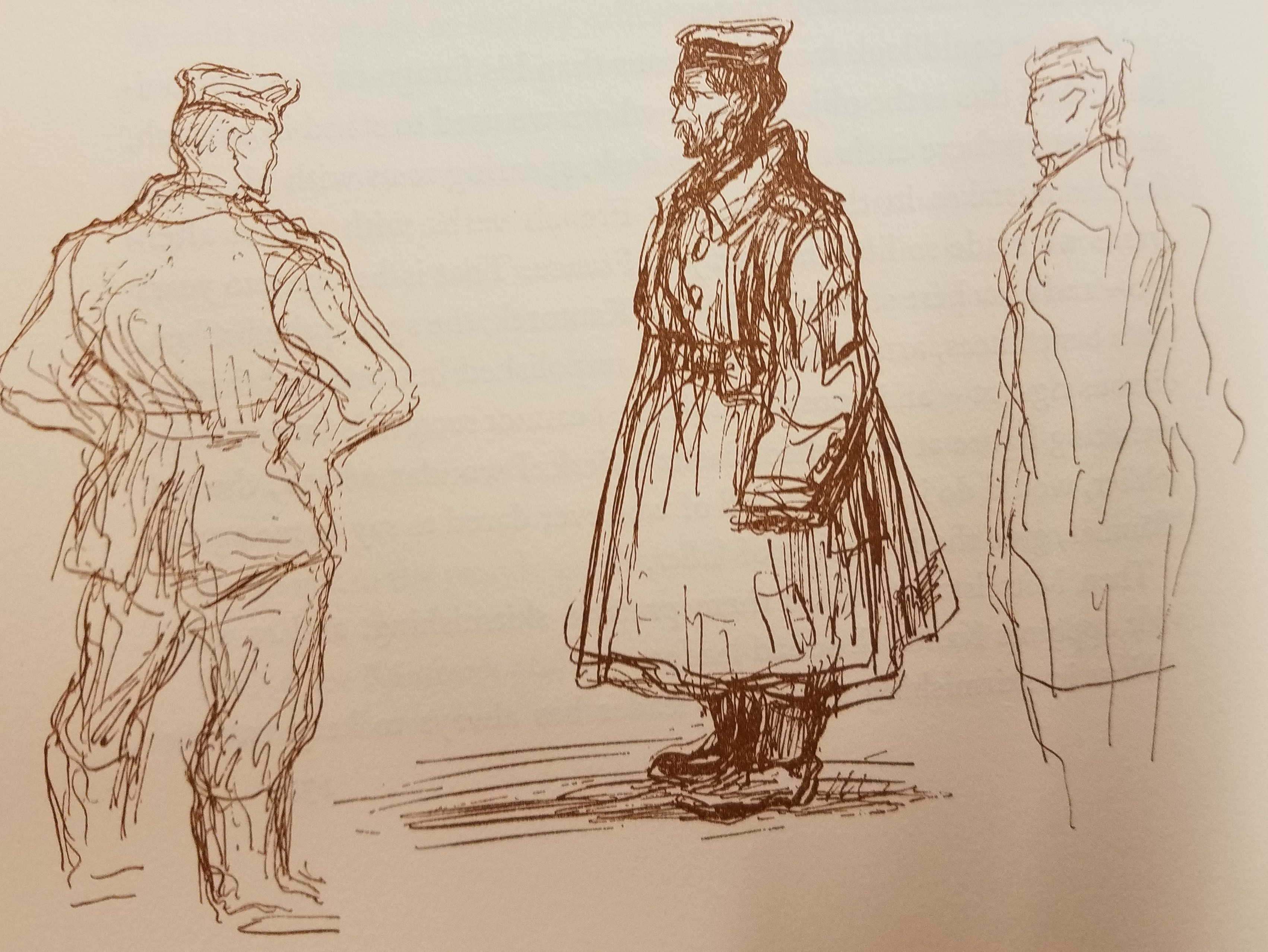 Arms and the Boy

Let the boy try along this bayonet-blade
How cold steel is, and keen with hunger of blood;
Blue with all malice, like a madman's flash;
And thinly drawn with famishing for flesh.

Lend him to stroke these blind, blunt bullet-leads,
Which long to nuzzle in the hearts of lads,
Or give him cartridges of fine zinc teeth
Sharp with the sharpness of grief and death.

For his teeth seem for laughing round an apple.
There lurk no claws behind his fingers supple;
And God will grow no talons at his heels,
Nor antlers through the thickness of his curls.

Nearly a hundred years ago on the 11th hour on the 11th day of the 11th month of 1918, the Great War ended. After four years of fighting 9 million soldiers were dead and 21 million were injured. Among those that survived were some of the best poets and authors of their day. Irrevocably changed by the war, the Special Collections display highlights the texts they wrote to help process the devastation of the war. 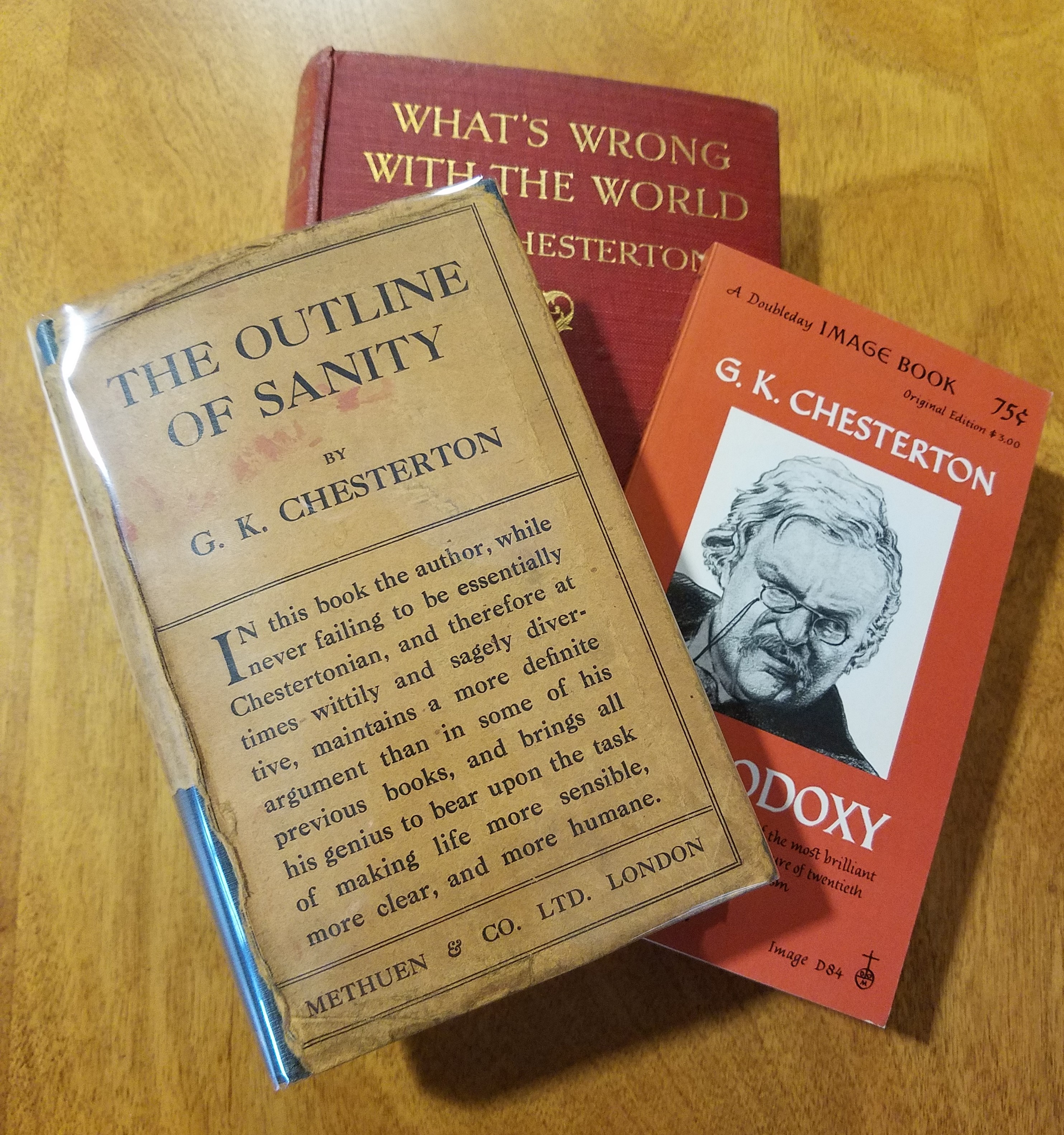 “It is not merely true that a creed unites men. Nay, a difference of creed unites men – so long as it is a clear difference. A boundary unites. Many a magnanimous Moslem and chivalrous Crusader must have been nearer to each other, because they were both dogmatists, than any two agnostics. “I say God is One,” and “I say God is One but also Three,” that is the beginning of a good quarrelsome, manly friendship.”

~ What’s Wrong with the World

G. K. Chesterton was considered to be the 20th century’s greatest writer and thinker. He started his writing life as a literary and art critic, but soon after became a writer, a poet, a philosopher, a dramatist, a journalist, an orator, a lay theologian, and a biographer. There was very little he was unwilling to express an opinion about, invariably in a highly readable and quotable fashion. This exhibit is a small collection of his works that serve to show the breadth of his writing. 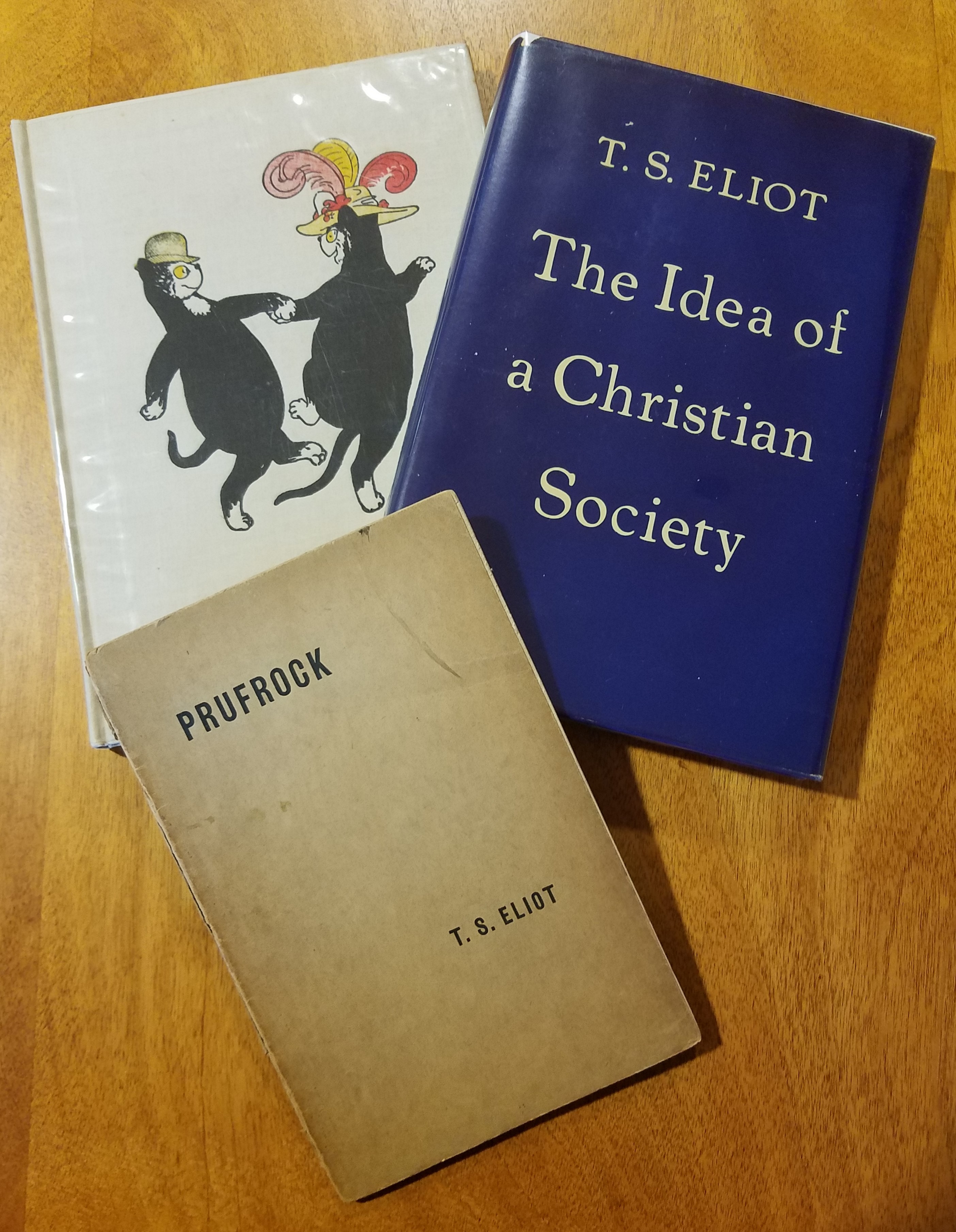 Let us go then, you and I,
When the evening is spread out against the sky
Like a patient etherized upon a table;
Let us go, through certain half-deserted streets,
The muttering retreats
Of restless nights in one-night cheap hotels
And sawdust restaurants with oyster-shells:
Streets that follow like a tedious argument
Of insidious intent
To lead you to an overwhelming question ...
Oh, do not ask, “What is it?”
Let us go and make our visit.
And so starts The Love Song of J. Alfred Prufrock, T. S. Eliot's first published poem and the harbinger of a major shift in poetry from Romanticism to Modernism. Eliot was an essayist, publisher, playwright, literary, social critic and leading poet of the avant-garde. This display highlighted many of his most important works such as The Waste Land and Old Possums Book of Practical Cats along with a selection of works covering his plays and literary criticism. 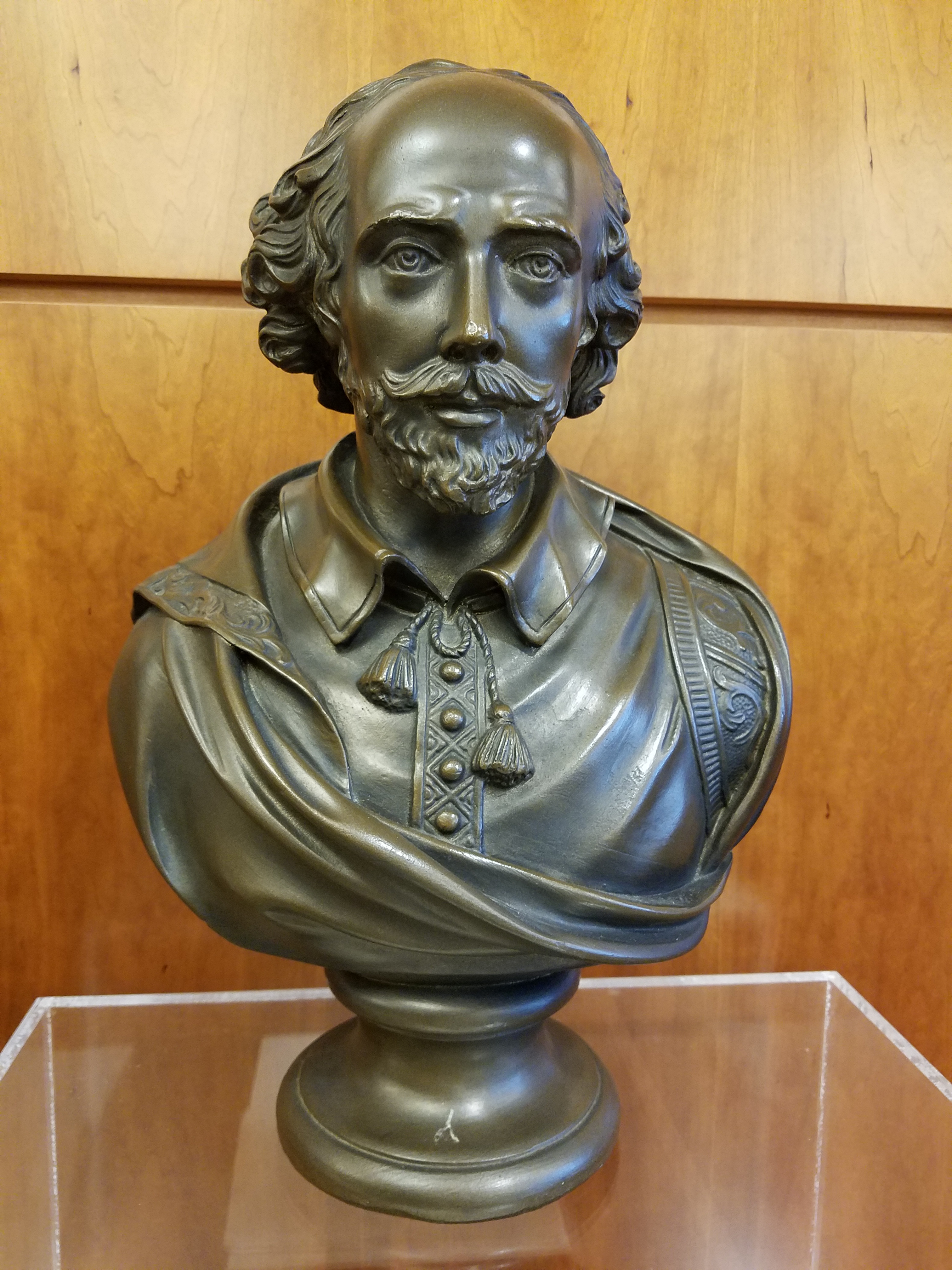 A prolific playwright and poet, William Shakespeare is known around the world and is considered the father of English literature. However, he may have been a complete unknown were it not for the volumes on display. In the display cases outside Special Collections you will find two of our most prized possessions, a 2nd and 4th folio. Also in the case are many books Shakespeare would have consulted as he wrote his plays including a 1548 Hall’s Chronicle, a 1543 Hardyngs Chronicle, and a 1641 Fox’s Acts and Monuments, among others.

Not on display is our 3rd folio which is on loan to the University of Wisconsin Madison. They are one of the stops on the 50 state tour of the Folger Shakespeare Library’s traveling exhibit First Folio! The Book that Gave Us Shakespeare. We are honored that our 3rd folio will allow them to display all four original folios. 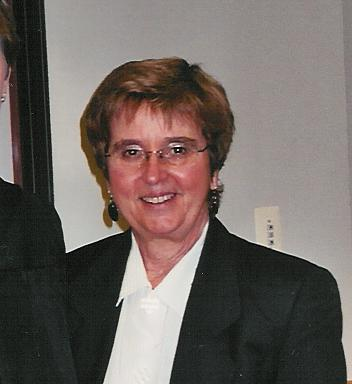 Raymond Roseliep: Man of Art Who Loves the Rose
A Biography by Faculty Emeritus Donna Bauerly

Printing and the Mind of Man Exhibit

Printing and the Mind of Man: 50 Year Update Exhibit

The Evolution of the Book Exhibit

From Function to Form: Bookbinding as Art Presentation